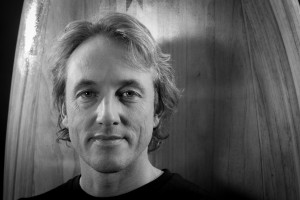 I was born in Sydney, but spent the first ten years of my life in South East Asia. It was  tough fitting in at school when I returned and there’s a little bit of personal experience in the development of Davin’s character in this regard.

While school presented challenges, it had its upsides. It was where I met a cute girl called Vicki. I liked her a lot. Apparently she liked me. But we were too shy to act on it. At least, I was. I remember enrolling in a Bug Catching class because she was in the class already. Or it could have been the other way around. But you get the drift. We liked each other. Then school finished. She went one way. I went the other.

One of the other important moments in my life was as a teenager finding Mum and Dad’s mouldy, moth eaten PG Wodehouse novels in damp boxes under the house. I devoured those books, particularly reveling in the exploits of Bertie Wooster and his faithful butler, Jeeves. Wodehouse was a genius. Many years later, I remember giving a girl in my novel class a Wooster/Jeeves book to sample. She came into class the following week and slammed it down on my desk, most annoyed. She told me that she had become a giggling mess on the train in front of a carriage full of stony-faced commuters. Wodehouse will do that to you.

Much later, when a friend read a near complete version of Love in a Duck, she commented that the style reminded her of PG Wodehouse. Without knowing that he is my hero, she had paid me the ultimate compliment. It was the stimulus for me to rename Davin’s foe at school as Rod Spode. Fans of PG Wodehouse will know that Roderick Spode is a fascist and an amateur dictator and becomes a nemesis of Bertie Wooster in Jeeves novels where he regularly threatened to beat Bertie into a jelly. I hope Mr Wodehouse would approve of my plagiarism as a nod to the wonderful worlds he created.

Me and the Bug Catching Class girl

It wasn’t until I was nearing the end of university that the girl from the Bug Catching class and I met again as twenty somethings in a large club where we both worked. I still liked her a lot and apparently she still liked me a lot too. Thank god we weren’t too shy to act on it that time. 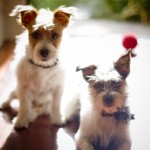 Vicki and I were married in 1989, went to Europe and fell in love with a Citroen 2CV, came back, moved to Melbourne and have had two Citroen 2CVs since. Oh, and two beautiful girls. And two naughty Jack Russells. And a cat that has no brain.

Me and writing and surfing

I work in advertising as a copywriter at Grant Day James. I’ve been writing ads since before we were married. A few years ago, I decided I’d like to do some different writing for myself and enrolled in a Short Story course. Some of the stories I wrote are on the Other Writing page and one of them – Down South – was lucky enough to be shortlisted in the Commonwealth Short Story competition. Down South explores themes that draw on surfing experiences I’ve had since I was a teenager. Surfing has been, and continues to be, a massive influence on my life, shaping who I have become and how I think.

When I finished the Short Story course, I decided I would keep going with fiction and enrolled in a Novel writing course. I remember announcing my intentions of writing a Comedy Romance in the first lesson and the teacher turning up her nose and telling me I was in the wrong class. “You should have enrolled in Popular Fiction, just down the hall. Never mind, we’ll see how it goes.”

Well, it went slowly. It took nearly seven years to finish Love in a Duck. Almost killed me. God only knows how PG Wodehouse knocked out one a year for nearly sixty years. I guess he was a genius though.